You are here: Home


On the First Belgrade Open Championship in Combat Fitness (First Belgrade Combat Fitness Camp) organized in Belgrade on 19.3.2011, by the Aikibudo Society of Serbia, out uf total 6 possible (3 in male and 3 in female division) representatives of Hapkikwan team took even 3 first places.


The succes is even the bigger having into accout that member of our team did not prepare speciallc for the event, and that at the competition there were representatives from varous martial arsta (Aiki Budo, Aikido, Wing Chun etc.) from different parts of Serbia. 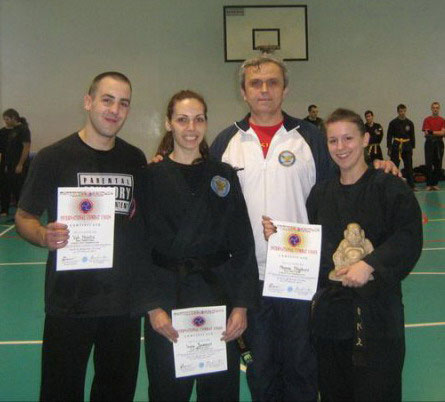 In Zagreb (Croatia) on April 16-17, 2010 there was Internationam Hapkido Seminar of Do Ju Nim Ji Han Jae, Founder of Hapkido as Martial Art and one of most famoust Korean Grandmasters at all (having in mind all Martial Arts). Ha was accompanied and assisted Grandmaster Kenneth Mackenzie (9th Dan Shin Moo Hapkido), several other Masters from the USA, as weel as Master Perry Zmugg from Austria.


Participants were from Croatia, Hungary, Slovenia and Serbia. Serbia was reprezented this time by only 4 our representatives from our Hapkikwan International, headed by GM Boris Krivokapic. This was unique opportunity to meet in person a living legend of Martial Arts, to compare techniques and manner of work and to get new Friends. 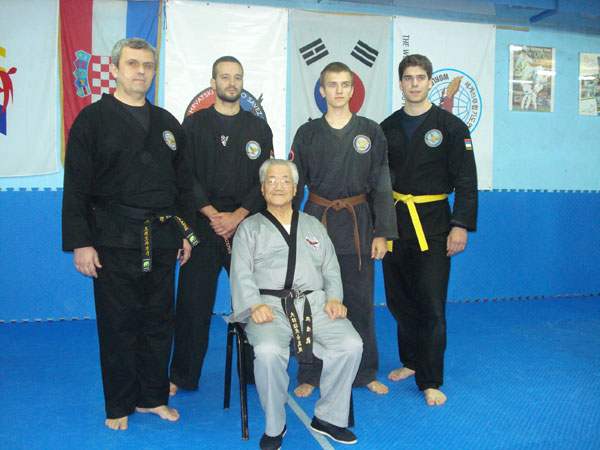 SECOND TEAM PLACE AT THE 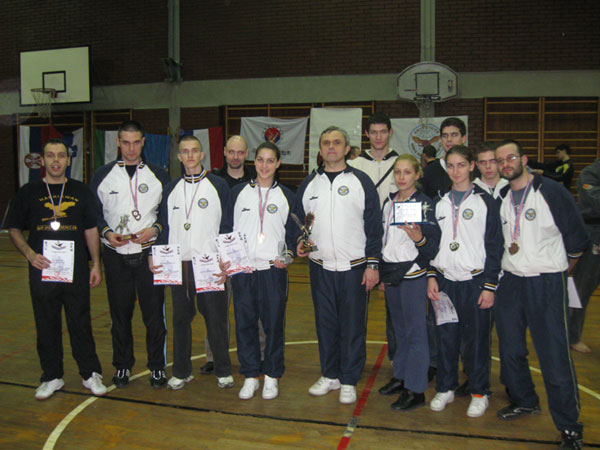 Although Hapkikwan is primarly Martial Art, not Sport i.e. it is not oriented towards competitions, after invitation from Croatian Hapkido Federation our team participated at the 1.st Hapkido Croatia Open held on February 28th 2010 in Zagreb, capital of Croatia.


Among  participants of 16. clubs from 5 states (Bosnia i Herzegovina, Croatia, Hungary, Slovenia, Serbia) our competitors have won 12 medals, 4 of which golden..

Visit of representatives of Korean Embassy to Serbia